Read the latest news and blogs from The Data Lab and Scotland’s data science community.

Back to news & blog»

The DataFest Fringe is now in full swing!

Unfortunately, due to the COVID-19 outbreak, the remaining Fringe Events have either been cancelled or postponed. We are very sorry for any inconvenience caused and thank you for your support and understanding.

Our Fringe Events run for the Data Fest fortnight, all throughout Scotland. Everybody at The Data Lab attends at least one or two events. It’s really nice for us to get out into the community, to meet people working in the world of data science and hear how others are talking about the use of data, and any innovative techniques that they’re using.

My experience of a Fringe Event

I attended a great little event last night hosted by Creative Informatics, where about 20 creative and like-minded people squashed into a little bookshop which hosts the Fruitmarket gallery pop up venue in Waverley Mall, Edinburgh.

What was more valuable, digital or physical printing?

Helen had created 14m wide art scrolls, including Pond at Deuchars, which she had battled to publish in a digital format, allowing people to view the art using the useful scroll and zoom function of iPads & tablets. Her opinion was that the digital format gave added value, allowing almost a third dimension by facilitating zooming into the detail of the artwork.

Brian spoke about the benefits of both digital and physical publishing, about how they work well together rather than one replacing the other. Digital pdf’s of his role playing booklets allowed for users to get a taste of the booklet before committing to spend, allowed sharing between people more easily which increased the audience, but there was still a desire for physical books which felt nicer and more valuable and also worked better for friends sitting around a table engaged in a role playing game.

It was a really enjoyable event and nice for me to get a little insight into a more creative approach to the digital world.

Other successful events that we’ve had

My colleagues have been having similar experiences with the events they have attended.

Our two Alex’s went to DataKind UK’s “A Case Study of Using Data for Good: Identifying Food Bank Dependency Early” hosted by Skyscanner on Monday night. They were inspired and enthused to see so much interest from the data community in DataKind’s model of addressing third sector data science problems with a network of willing volunteer data scientists. Good people doing good things with their skills!

Neil went to an event on Monday night at DRAM, which is a pub in Glasgow. The event was “Data, Renewables And Me” (DRAM – get it!?). Organised by the Offshore Renewable Energy Catapult, it was an informal discussion about the difficulties around using & sharing the masses of data that come from offshore wind turbines. Pints of beer were even used to demonstrate the required increase in wind capacity needed to hit UK targets by 2030!

DataFest in the north of Scotland

It’s great to see that the data science community in Aberdeen is becoming well established, with a great turnout at the Executive launch event in An Lochran attended by Kate Forbes MSP. The event was fully booked and we live streamed so others wouldn’t miss out.

Chris Neuman of Commonwealth Ventures was possibly the first person to have flown from San Francisco to Inverness for a tech event! His Scottish tour helping Scottish startups understand Silicon Valley will be coming to Glasgow and Edinburgh next, very worthwhile for any startups out there to catch one of them.

We’ve still got many more events to come

There is still a wide range of events to come up to 20th March. You can search by type and location on the DataFest website to find something of interest near you.

We’re delighted that the Munro bagging talk on Thursday completely sold out and they had to find a bigger venue to hold the 270 attendees! Book your place at upcoming events quick to make sure you don’t miss out. 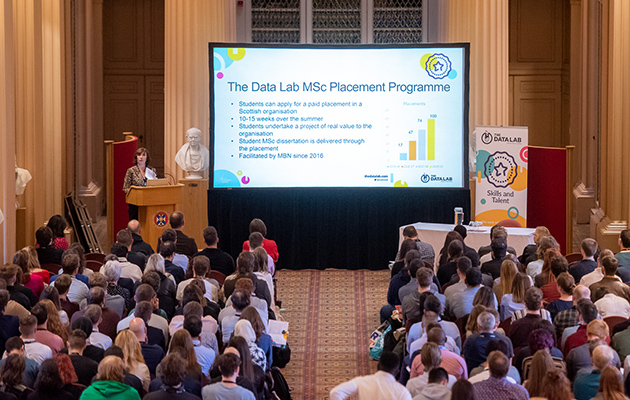 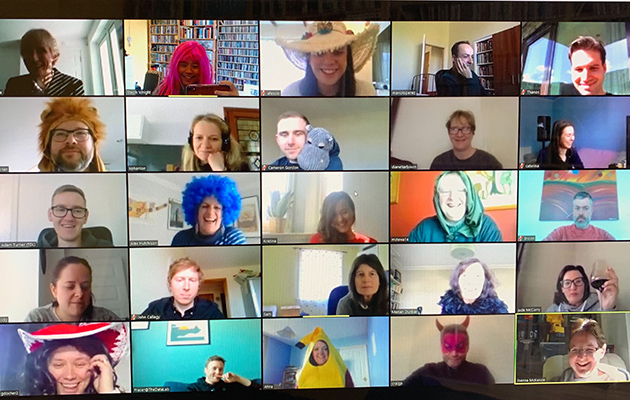 For all the latest Data Lab news, sign up for our newsletter